Home › NHL › Drink up: The NHL conference finals are here

Drink up: The NHL conference finals are here 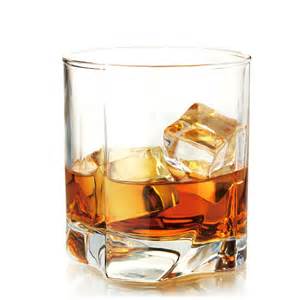 Perhaps more than any other sport, watching hockey lends itself to drinking.

It could be the ever-present possibility for a bare-knuckle brawl breaking out or just the physicality of the game in general. Perhaps it’s the sight of all that ice that makes us want to toss a few cubes in a glass and splash them with some dirty water. The game just seems best enjoyed with a beverage.

What should you drink while watching hockey? Beer, of course. Molson in Canada, Sam Adams in Boston, Great Divide in Colorado, even Budweiser in St. Louis — it’s the official beverage of hockey. What other sport calls its recreational form a beer league?

But what if you’ve a taste for something a little stronger? Well then, that may depend on the color of your sweater.

If you use your imagination, you can find the perfect liquor to match the personality of your team in the conference finals:

But the Pens have won just one Stanley Cup in the Crosby era, back in 2009. Since then they’d made the conference finals only once before this year — in 2013 when they were swept by Boston.

Tampa Bay Lightning: Fireball — The current flavor of the month, loaded with fire and seemingly bound for the top, but is it really just antifreeze?

The Lightning looked poised to take the final step this year after falling to Chicago in last year’s Stanley Cup finals. But Steven Stamkos has been sidelined a month and goaltender Ben Bishop was carted off the ice in Game 1 of the Eastern Conference finals with what looked to be an ugly knee injury, although X-rays were negative. Will the fad be over before it even really begins?

Everybody knows Absolut by its ads, and the Blues have kept a high profile this postseason  with their “We All Bleed Blue” slogan and a memorable video courting Canadian fans – who amazingly didn’t have any dogs in this season’s playoff hunt.

A memorable history that includes the likes of Brett Hull, Brendan Shanahan, Chris Pronger and Al MacInnis has also included zero Stanley Cups. The Blues opened this postseason with a first-round series win over the defending Stanley Cup champion Blackhawks, however, which is sort of like Absolut getting a blue ribbon over Grey Goose.

Led by Joe Thornton, Joe Pavelski and Logan Couture, this team has seemed built for a Stanley Cup run for years now. But Thornton’s perceived penchant for disappearing in the postseason has followed him from Boston to the west coast, where the Sharks have yet to make a Stanley Cup Final.

A prediction? Your guess is as good as mine in a year with no clear front-runner. But give me Absolut over Fireball in 7.

Here’s a few bonus drinks for fans of teams already eliminated as they watch someone else play for the Cup:

Washington Capitals: Pappy Van Winkle — It’s supposed to be the best, but shows up so rarely it can never be confirmed.

After yet another postseason disappointment, however, Caps fans are going to have to grab anything they can get their hands on that’s strong enough to make themselves forget.

Anaheim Ducks (and former coach Bruce Boudreau): Hunch punch — It tastes sweet and delicious until you get to Game 7. Then it leaves you on the floor of the bathroom with your head in the toilet.

Chicago Blackhawks and L.A. Kings: Goldschlager — Once the top-shelf flavor of the month, it’s now an afterthought. Can it make a comeback?