Business decisions force players and fans to move on

NFL team owners, general managers, coaches, and players remind everyone that the NFL is a business.  How dare the business concepts of financial responsibility pervade sports? 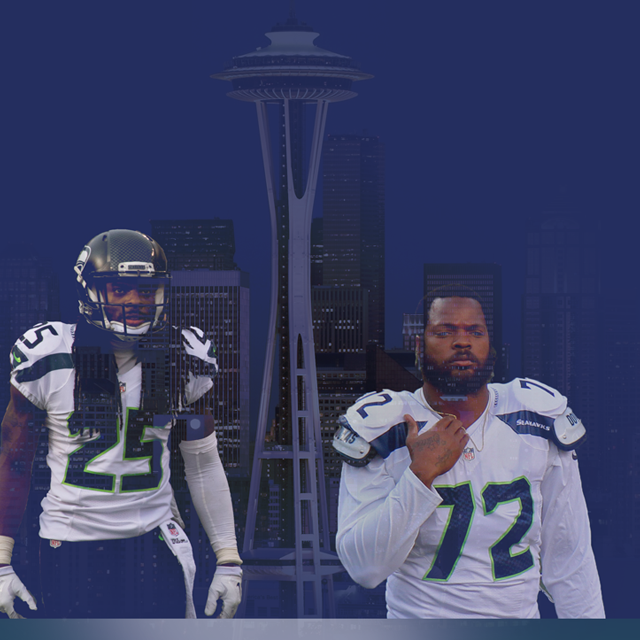 Saddled with an unforgiving salary cap, NFL team owners and general managers must make decisions that leave fans reminiscing about a previous time when their team was filled with healthy, young stars making plays on the field without a single thought about future monetary issues.

In 2013, the Seattle Seahawks fielded a team filled with a talented core of young players. The confetti hadn’t even finished falling after their Super Bowl win over the Denver Broncos before the sports pundits pointed out that Russell Wilson, then playing on a 3rd round draft pick’s rookie contract, would get paaaaaaiiiiid soon and force difficult player personnel decisions. Not that this bit of insight was particularly groundbreaking, but it was the truth.

Two iconic members of an all-time great defensive unit will now pick up game checks from another team. Michael Bennett was simply impossible to block during most of the snaps he played for the Seahawks, and Richard Sherman, the All-Pro cornerback, made one of the best plays, ever, when he tipped the ball away from Michael Crabtree in the NFC Championship game against the 49ers. Of course, Sherman had to go out and sign a deal laced with incentives from the dreaded 49ers, a team looking especially dangerous now that they have a franchise quarterback. At least, Bennett didn’t sign with an arch rival team.

Yes, numbers rule our world, so these cost-cutting salary cap moves are defensible. Michael Bennett looks a little more mortal now, and Sherman will have a long road ahead to overcome his injury – the classic aging star player scenario where the player or players are not quite worth the salary cap hit to keep on the roster. (Bill Belichick made this move famous.) However, there’s more to this story, though.

For all the great plays those two made on the field, there was also a heavy price to pay for the damage control department. How many times did Sherman erupt on the sideline, screaming at his teammates, coaches, or anyone else within range? And was Michael Bennett ever happy with his contract? Now, Bennett is making more headlines outside of football, and not all of those headlines are positive (e.g. felony charge). All of this certainly isn’t a recipe for great team chemistry, but the final straw broke when they turned on Russell Wilson. Sure, both players deny it, but Sherman did tell Wilson he sucked after intercepting Wilson’s pass during practice, never forgetting that in his mind, it was Wilson who failed at the one-yard line in Super Bowl 49. Never mind that there were other factors in Seattle’s loss to the Patriots such as the defense giving up a 10 point 4th quarter lead. Bennett, while appearing on The Ringer’s Bill Simmons’ podcast, also said that a team full of Russell Wilsons wouldn’t win, because ya know, ya gotta thug it up to win in the NFL. (He must not remember Reggie White.) Listen to the subtle indicators Bennett gives while he talks about the closeness of the defensive team – remember, the side of the ball where most of the money was spent – this doesn’t sound like a guy riding for his quarterback.  Maybe it was Wilson’s contract, or his “nice guy” personality, or the interception during Super Bowl, but whatever grudge they hold against him, it forced the Seahawks to part ways – the salary cap savings was just an added bonus. Another reminder that when things are going well, the trash talk or outspoken ways are considered fun. Look out, though, when the L’s start to accumulate.

The story of Seattle’s Legion of Boom is at the end. Last year, Earl Thomas ran up to Dallas Cowboys coach Jason Garrett requesting the Cowboys to “Come get me.” Kam Chancellor may not play another down as he battles a serious neck injury. Same for Cliff Avril.

Things change – players move on. Fans start to root for the next generation of players. We all know this…

Richard Sherman and Michael Bennett will always play on that team.

Like Loading...
‹ A perfectly good waste of 15 minutes
NFL cleans up one mess only to create another ›