No ‘outside the box’ thinking required – sign Russell Wilson now 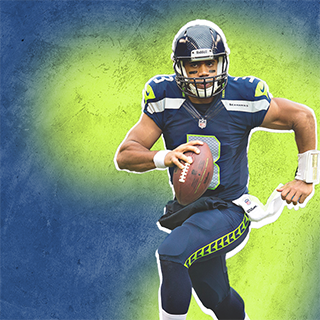 Standard NFL business practice implies that a team signs its franchise quarterback, no matter the cost.  The deal simply gets made.  But should we expect the people making the personnel decisions for the Seattle Seahawks to march to conventional wisdom’s drum beat?  After all, this is the same team that gave its starting quarterback role to a 5’ 10” “running” quarterback drafted in the 3rd round after signing Matt Flynn to a lucrative contract.  (The good) And, they also neglected to give Marshawn Lynch, the running back known as Beast Mode, a chance to score near the goal line on the most pivotal play during the last drive of Super Bowl 49.  (The bad)

The lure of “out thinking the room” has intoxicated many people with delusions of grandeur.  Imagine a team offering Pete Carroll and John Schneider multiple first-round draft picks for Russell Wilson, giving them the chance to prove their mastery over the NFL draft by choosing the next franchise quarterback and thereby reducing a major salary cap expense – the coveted scenario of a franchise quarterback on a rookie salary scenario.

This is folly.  Pay Russell Wilson.  Sometimes, the best move is the conventional one.

NFL teams routinely overpay quarterbacks.  They overpay the bad ones and the mediocre ones, so why balk at paying a good one?  This is the price for competing in today’s NFL.  Refusing to pay a quarterback, who is arguably a top 5 performer, would not only make people question the sanity of the decision makers, but it would automatically forego a postseason appearance for the upcoming season with the added probability that future seasons would suffer the same fate.

The Seahawks should realize that by simply having a quality quarterback already puts them ahead of most NFL teams.  Now, more than ever, the NFL is a quarterback’s league.  It was that way back in the “days of old”, but it is even more so now due to rule changes limiting the ability of defenses to defend the pass.  Plus, most teams accumulate first-round draft picks to select a franchise quarterback.  Since there is no such thing as a “can’t miss” quarterback prospect, it makes no sense to give up a franchise quarterback for the possibility of selecting one.  This is the type of decision that causes people to lose their jobs.

The numbers only tell part of the story.  They don’t describe Wilson the escape artist, extending plays by zig-zagging away from a pass rush that would overwhelm most quarterbacks, creating enough space to fire the ball down the field to an open receiver, or if no receiver is open, tucking the ball away and running for a first down.

At the age of 30, Wilson is still in the prime of his career, so there is no reason to believe that his play will deteriorate drastically over the duration of the next contract, barring injury.  Why trade a top quarterback in the prime of his career?  There is no trade of equal value for Wilson the Seahawks can make, because only few quarterbacks at 35 and under are arguably better than him, and guess what?  They aren’t available.

Since Wilson is under contract for 2019, the Seahawks don’t have to meet Wilson’s April 15th deadline, so they have a little bit of leverage.  But why risk the small percentage chance of upsetting the person playing the most critical position on the team?  The salary cap has increased every year since 2010, the uncapped year.  The Seahawks can take on Wilson’s salary demands.

The Seahawks’ quarterback dues are up.  It’s time to pay, and to borrow a line from Trace Adkins, “This ain’t no thinking thing”.

Like Loading...
‹ Can a secondary pro football league like the AAF ever survive?
The Brooklyn Nets victory in the series opener reveals serious problems for the Philadelphia 76ers ›