Don’t give up on the Cavs 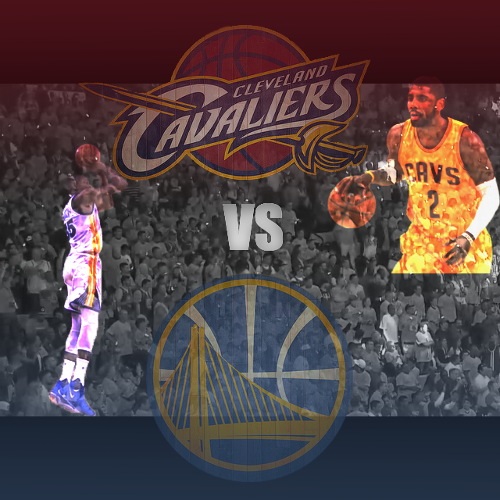 Judging by all of the commentary after Golden State’s Game 1 victory over the Cleveland Cavaliers, we should forego the remaining games and concede that the Warriors are this year’s NBA champs. Really?

Of course, the Cavaliers would have preferred a better start to the NBA Finals, but isn’t it a bit premature to write them off already? Didn’t Cleveland face worse odds last year, only to overcome them and win the title? Here are five reasons why it’s way too early to give up on the Cavs. (I can’t believe I have to even write that statement after just one loss in a best of seven series.)

Admittedly, no one likes to lose by double digits, but when these two teams play, we should expect blowout victories. Look at last year’s box scores. The Warriors opened the series with two wins at home: 104-89 and 110-77. The Cavs then rebounded to win Game 3, 120 to 90, a 30 point victory after they had just lost by 23. In other words, it’s not time for Cleveland supporters to panic because Golden State opened with a Game 1 win – heck, let’s even expand that to include Game 2. (Now, if Cavs were to go down 3-0 after a home defeat, yeah, go ahead and panic.)

Conspiracy theory alert: let’s just say that if Cleveland goes down 2-0, which is pretty likely, look for certain foul calls to go their way when the teams play in Cleveland. Ya know, fouls like the blocking vs charge call that drives everyone crazy? Yeah, Cleveland will get those calls in their favor. Also, expect LeBron and Kyrie to make a living at the free-throw line as they’ll get the benefit-of-the-doubt superstar calls. Hey, just be glad this isn’t the David Stern era, where he’d leave no doubt as to which team the secret memo content favored.

The turnovers will even out. Surprisingly, Golden State played a particularly clean game regarding turnovers. On the other hand, Cleveland made more than their normal share, and against the Warriors, turning the basketball over is especially problematic as it leads to more fast breaks with players in space, more open shots, and (usually) more points.

Cleveland should know by now that they can’t run-and-gun with the Warriors, so they will slow the pace of the game down, exert their physical style of play, and force the Warriors to actually make more difficult shots rather than offering up free trips to the rim.

Players on Cleveland’s roster not named LeBron James and Kyrie Irving will shoot better than they did in Game 1, right? Probability tells us that they won’t shoot that horrible again and again. Add in LeBron James, the league’s best player (still), and Kyrie Irving to the improved scoring output and Cleveland’s chances of winning obviously improve. Isn’t math unassailable?

I still stand by my original prediction: Cavs 4-3.

What do you think?