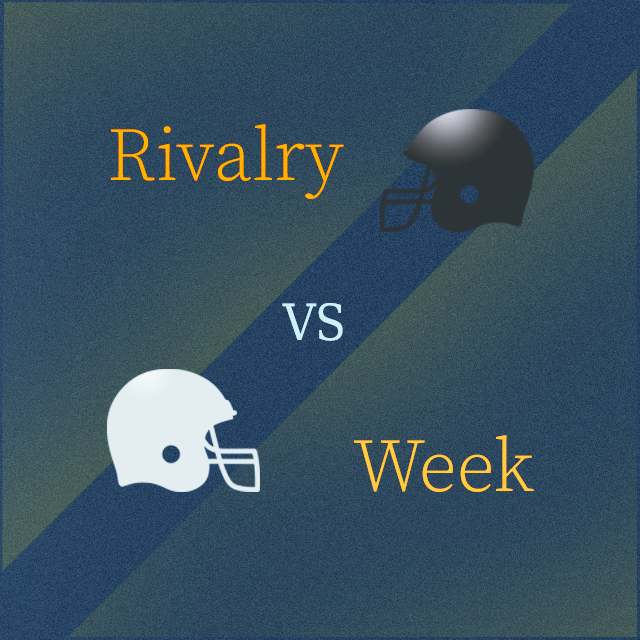 Rivalry week: the day of reckoning. Despite the fact that there is no real way to “settle the score” between fan bases as some teams have too much tradition to overcome, a victory over a rival this week will satisfy the most demanding sweet tooth. Heck, depending on the team’s ranking, the victory may bring on a sugar coma.

Speaking of sugar, last week’s “Cupcake” schedule of games caused quite a few disparaging comments from the people who get paid to talk about sports. Yes, we get it, you want better content, and it’s tough to break down a week’s worth of games where the outcome is already predetermined. Let’s not go overboard about this, though, as John Bender from the Breakfast Club said way long ago, “The world is an imperfect place…” Indeed. There never has been and never will be a perfect schedule where teams play ranked opponents every week. This isn’t that hard to deal with, right? It’s not like people who cover sports haven’t somehow been able to overcome this since the days of leather helmets. (Full disclosure: we didn’t pick games last week due to the lack of quality point spreads.)

Anyway, prognosticator hat on. Let’s get to the games.

Notre Dame was on their way to a top four finish (trust me here, if there was any way possible for the committee to make the case, Notre Dame would get in the top four), until Miami shattered the dream. Can they rebound against Stanford, a solid team featuring a great running back? As other sports analysts have pointed out, Notre Dame struggled against Miami’s team speed; however, Stanford doesn’t have that type of team speed. Notre Dame gets back on the winning track.

The Aggies are parting ways with Kevin Sumlin, but did he really under perform as their head coach? Anyway, at least LSU is happy with Coach “O” (for now).

Speaking of coaches, South Carolina’s Will Muschamp has done a pretty decent job this year. It’s sort of tough to admit this, because one of the easier plays in the past was to always bet against a Muschamp coached team on the road, at home, in outer space, etc. Clemson obviously has the better players, but sometimes more talented players doesn’t equal covering the point spread.

Injuries suffered at the quarterback position have really hurt Michigan this year. Ohio State is clearly better. Michigan may keep the game close for a couple of quarters or so, but Ohio State will pull away and cover the points.

Lamar Jackson is too dynamic for Kentucky to handle.

Alabama looks vulnerable. Their defensive line is not as dominant as years past, which is especially bad for them right now. Due to injuries, they are forced to play linebackers way down on the depth chart, like submarine level of depth. Guess what Auburn does well? Kerryon Johnson will find lots of running room against this front seven. At the beginning of the year, would anyone have guessed that Auburn would have the stronger defense in this year’s Iron Bowl? Yet, they do. For Alabama to win this game, they will have to control the ball and convert on third down, which they haven’t done all year. Jalen Hurts will do an admirable job of keeping the offense alive with big plays, but it won’t be enough to overcome Auburn at home, where magical things happen. Auburn won’t need a “kick six” this year.