Super Bowl LII: 5 reasons the Eagles could win, and 1 reason they won’t 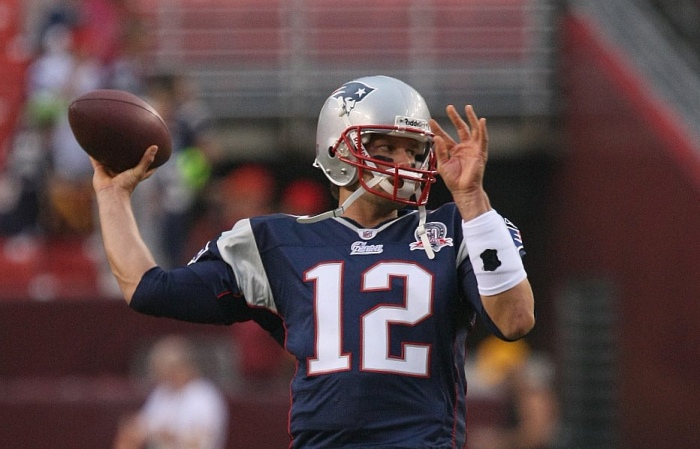 We want to believe it. Those of us who live outside the Northeast, and therefore have no attachment to the New England Patriots aside from being sick of the sight of them, so desperately want to believe the Philadelphia Eagles can bring down the Evil Empire on Sunday in Super Bowl LII that we’ll invent all manner of unlikely scenarios in which they could do it.

Nick Foles throws for 350 yards again. Tom Brady throws three interceptions and gives the Eagles a touchdown on a strip sack. The Patriots’ bus slides into a ditch somewhere in rural Minnesota and the players are forced to forage for nuts, berries and the odd squirrel while every taxi and bus in Minneapolis and St. Paul is hopelessly stuck in traffic in and around U.S. Bank Stadium.

If we break down this game, however, there are less far-fetched reasons to believe the Eagles could pull the upset:

The times that Bill Belichick’s Patriots have gotten this far and lost, it’s been largely for one reason. No, not David Tyree’s helmet-catch (though that certainly helped). It’s been because the opponent – the Giants, both times – controlled the line of scrimmage with a dominant defensive line. Led by Fletcher Cox, Philadelphia’s line did just that in its demolition of Minnesota. The Eagles sacked Case Keenum just once, but their frequent harassment of him was key in a 38-7 victory. Tom Brady gets rid of the football quickly, but the Eagles have the personnel up front to make him uncomfortable, particularly if Cox can collapse the pocket from the inside.

The once-dismissed Foles completed 26 of 33 passes for 352 yards, three touchdowns and no interceptions against a strong Minnesota defense that was admittedly without its top corner, Xavier Rhodes, for most of the game. That is more than anyone could have expected out of a backup forced into action after Carson Wentz’s ACL tear late in the season. Can Foles possibly play any better than he did against Minnesota? Doubtful. But if he plays close to it, the Eagles can win this.

A sensible strategy to beating the Patriots is limiting Brady’s opportunities with ball control. With the addition of Jay Ajayi midway through the season, the Eagles have built a committee backfield that is capable of wearing out a defense. Ajayi combines power with breakaway ability, LeGarrette Blount is a load and Corey Clement provides versatility as a third-down back. Up front, the offensive line has been excellent all year behind All-Pros Jason Kelce and Lane Johnson. Even the loss of left tackle Jason Peters was overcome with solid play by Halapoulivaati Vaitai.

The Patriots’ secondary greatly improved during the latter half of the regular season after getting roasted early in the year. With the addition of Alshon Jeffrey, the steady play of tight end Zach Ertz, and the emergence of Nelson Agholor, Mack Hollins and Clement, Foles has weapons to challenge every level of the defense – slot, seam, flats and deep.

The odd contrarian aside, nobody expects the Eagles to win this game. The Patriots are 4½-point favorites and that seems low. Doug Pederson can play the “us against the world” card (not that every team on planet Earth doesn’t find a way to play this card anyway), and his players can take the field with the requisite chip upon their shoulder. The majority of the country may be pulling for the Eagles Sunday, but the majority of the country also believes they will lose.

Now that I’ve told you why the Eagles could win, I’ll tell you why they won’t – because they’re playing the New England Patriots. Of all Bill Belichick’s Super Bowl teams, this one may be the most vulnerable. It’s certainly the shakiest defense he’s had, and the receiving corps aside from Rob Gronkowski is average. They can be had. But Gronkowski is the best tight end in the game, Brady is probably the best quarterback ever and the Patriots are the Patriots.

Which means they’ll force Foles to try to replicate the Game of His Life for the Eagles to have a chance, and at the end of the night, they’ll likely be carrying another Lombardi Trophy off the field.