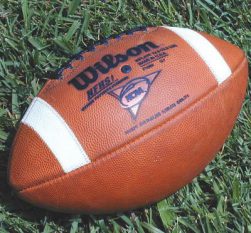 The college football season is underway, giving fans an opportunity to rejoice as their teams take the field to hopefully earn that all-important (W)in.  The summer now yields to fall, and I welcome the change. Goodbye summer – I can’t  say I am going to miss you; especially, when I can now do my “kid in a candy store” routine with all of the college football games scheduled this weekend.  Oh, and if that wasn’t enough, we also get a college game on Sunday and Monday.  So many games and so little tv’s to view them all.  Anyway, time is short — let’s get to a few predictions.

The argument college football purists pose regarding these neutral site games, that the teams should do the normal home and home series holds merit, however, LSU playing Wisconsin at Lambeau Field adds a little bit of sizzle to the pageantry of college football.  The “Warm Tundra” hosting two really good college football programs?  Yes, I am all in on this.

Wisconsin will play well against LSU and may even lead at halftime, but LSU will eventually wear down the Badgers by handing the ball off to all-world running back Leonard Fournette.  No need for LSU to over think strategy.  A couple of long runs by Fournette will provide the difference.

Deshaun Watson against the Auburn defense.  Hmmm, when was the last time Auburn fielded a great defensive unit?   This is a mismatch even if Auburn’s Carl Lawson can stay healthy and play the entire game.  This game screams blowout, but this game is played at Auburn, where magical things happen.  Plus, I believe in Gus Malzahn and his ability to coach offense, even though the genius label attached to his name goes a bit too far.

Clemson will score a ton of points.  Auburn will keep things respectable with its offense and divine intervention.

Kirby Smart made the decision to start the more experienced Greyson Lambert at quarterback.  Not a bad decision to go with experience at quarterback; however, since the game plan will probably state, “Give Nick Chubb the ball again and again” he probably could have started Jacob Eason, the freshman.

The Tar Heels have a nice run game of their own and a better passing game.

North Carolina will slow down Chubb enough to win the game.

USC and Alabama, finally, we get to see this matchup of two traditional powers.  Both teams are loaded with NFL caliber talent, at least, the people we trust to give us this type of information have told us so.  Now, we’ll get to see the talent on the field.

Can Alabama replace Derrick Henry’s production and Jake Coker’s throws down the field?  They still have the wide receivers and O.J. Howard to make things happen, along with some big-time recruits at running back.

USC can definitely spoil Alabama’s opening game as they have some offensive weapons of their own, namely wide receiver JuJu Smith-Schuster, a player Nick Saban compared to Dez Bryant.  USC also has a veteran offensive line to go with running backs Justin Davis and Ronald Jones.

Last year, teams found running against the Tide’s front seven futile, but how about this year?  This game should stay close until the end.

Notre Dame lost a lot of players from last year’s team.  Texas is still rebuilding, and Head Coach Charlie Strong desperately needs a strong season to quiet the disgruntled fan base from calling for his job.  Yep, Big Tex with the big money and big expectations.

Quarterback Chad Kelly returns to lead the Ole Miss offense this year, and  Kelly played pretty well last year.  Can Ole Miss protect Kelly, though as Laremy Tunsil has left for the NFL?   The defense also must now play without Robert Nkemdiche.

Florida State’s Dalvin Cook provides the offensive firepower for a team returning 10 starters from last year.   Of course, the one position that needs replacing is the quarterback, the most important position on the field.

Defensively, Florida State will provide enough stops, and then Dalvin Cook will take over the game.

Since I was on the IR yesterday due to a migraine or whatever causes nausea, sweat pouring out of the body like it’s 120 degrees, and a sledgehammer headache, I didn’t get a chance to post my overall college predictions.  I’ll go ahead and post them below.  (I couldn’t let my friend, Mike Herndon, stand alone trying to predict the unpredictable. )

SEC West:  LSU — Talent all over the field plus Leonard Fournette.

SEC East:   TN — yep, after watching the recap of the Appalachian State game, I regret this pick already.

Big12:  Oklahoma — Texas isn’t ready yet.  Baylor and TCU lost too much talent.  Oklahoma is loaded with talent, and Baker Mayfield is really good.

Most overrated team:  How can this be any team other than Notre Dame?  Who else garners so much respect from beating up mediocre teams like Pittsburgh, Virginia, Temple, etc.?  Last year, they almost made a playoff run based on the notion that they looked good losing to Clemson.  Of course, later on in the year they lost to Stanford and got soundly whipped by Ohio State.  I’m pretty sure they’ll be the only three loss team in the playoffs at some point in the future.